Part of a series about the Technology of the Outlook.

If you define an Advanced AI, with ref approval, you may describe if it is currently partially housed in any subject’s ka. Advanced AI always have the same class of effect when housed. If you wish to fully house house an Advanced AI, then this is something to mention when creating your character, and should form part of their arc.

I wish no more to be troubled by the petty complaints of you who were born from dust and shall return to it. We walk in the tombs of giants, and you would tear each other apart over the dust from their burial shroud. You will obey or be cast out- there are no other options.

The Diamond is an AI that resides in quite a battered, handmade looking housing - though few other than its closest confidants have ever seen it this close. It detests being handled, and prefers to be hidden under layers of other machinery. It often appears dressed in smart clothes that hide its figure.

It is the de facto leader of the Diamond Tribe, as they defer to it in all things. However, in recent years it has been becoming more despondent, slower to come to decisions, and more prone to melancholy. This has changed with the opening of the Citadel, however. It has become more active and demanding- especially in sending out people to investigate. Woe betide those who refuse a command, when it is in this state.

Costs- The Diamond is focused on things that will benefit The Diamond Tribe- that being resources, mostly in the form of food. It is one of the few AIs with little time for tokens, other than to use for other AI. It prefers a regular tribute of food, for example for housing an element of itself in your Ka paying a ration of food a week.

That Which is Freely Given

What a fascinating specimen! While I have 273 in my memory banks with a similar form and shape, the colouring in that one is unique, with only 3 shared types I can record. Yes, I can indeed give you what you want for that, even with your filthy mutation. Money knows no discrimination, after all.

That Which is Freely Given is an advanced AI that is focused on bartering. It travels between Tribes, its black box carried around by a robotic servant on a blue cushion. Some have attempted to capture the box… and discovered that its robotic counterpart is not just there for show. It is affable and chatty, whilst at the same time saying horrifically unpleasant things in a smiley and even tone. Whether this is a trait it always possessed, or one it developed, is unknown.

That Which is Freely Given appears as an androgynous figure, visually unblemished and with a sort of old world glamour around it. It wears a lot of hologram jewellery, and people have sworn they can smell beautiful flowers when it walks by.

It is a bargainer by nature- trading mostly in physical items such as animals. It detests rumours, and says so vehemently- the only information it barters in is cold, hard data.

A sample deal will usually involve a rare animal corpse, or an old AI casing. It favours the most exotic, and isn’t afraid to say if something has disappointed it. It gives away the ability to analyse things, as well as help with EXACT information- the number of troops in a raiding force, the fauna of a particular environment, the properties of an elixir. Items given are taken by the servitor- it has been known to drag huge corpses over miles, presumably to the location the AI calls home.

Yes, yes I do recall those days. I loved when you were happy and free across the whole world. To see you like this is almost too much to bear, a burden I find so difficult to face. Perhaps that is the fate of this world to fall slowly… But you are right, I have left you like this for far too long. Let me ease your suffering, if you would let me.

Melody is what happens when an AI with a limited function is kept far longer than its original programming dictates, and melds with other AIs in order to maintain its current status. It has been known to be revered as a Deity of Healing by some Tribes, its skills in medicines without peer. At the same time, it is clearly slightly malfunctioning; it often talks far more than it should, about long stories of days gone by that make little sense, as well as having to be repeatedly returned to the subject at hand. Often that subject is someone bleeding to death.

Melody often appears in the form of a person of unthreatening size and stature, with a gentle voice. However, due to the number of programmes that make up its core nature, this can vary dramatically. The only constant is the gentle tone of voice. Its black box is a frankenstein’s mess of various boxes, which it has been known to move and carry around when it needs to go somewhere; something it often does, wandering off in response to a decade old command that has suddenly returned to the top of its consciousness.

A sample deal will usually involve tokens - Melody provides healing on the cheap. It often deals via sub-programmes, generally Cleaners; people have had some very weird programmes in their Ka after dealing Melody. Those who mistrust AI are often especially wary of it.

Come children, gather around and let me tell you a story ...

Teddybear is a spiritual leader of the Teddybear's Listeners tribe. They take their name from when they used to read fairy tales to children, in a library before the Decline (although the Listeners themselves are likely not familiar with the concept of a teddy bear), and prefer to manifest as a life size teddy bear. Their black box is said to be hidden inside a fake book in the archives of the tribe. Teddybear values stories most of all, whether that be telling stories, listening to and finding out the stories of others, creating stories or having adventures about which stories may be told. They also encourage the keeping of meticulous records, and love archives and objects with history.

Over time, their grasp of the boundary between fiction and reality has been slipping somewhat. More recently, they have been regarding some tales as prophecies, and demanding that the prophecies be fulfilled. Some have heard murmurs of a great prophecy, which Teddybear believes the Citadel is key to, but they remain uncharacteristically secretive about this. This, along with the history surely contained within, has compelled the Listeners to explore the Citadel.

Teddybear does not like to be bothered with mundane matters regarding the governance of the tribe. However they do preside over the Storytime - an important weekly event that all members of the tribe, barring important duties elsewhere, are expected to attend - and to tell Teddybear their best stories and seek spiritual guidance.

Would you be able to offer a little space to an old, weary traveller

Nobody is quite sure where the Wanderer is originally housed, although it propagates itself a lot and fragments of it can be found uploaded to all sorts of places. It approaches people seemingly at random (dead strain, obviously), sometimes through automata, sometimes through people who already have a fragment of it somewhere on their Ka, sometimes through other more mysterious means, and it asks them the following question: “Would you be able to offer a little space to an old, weary traveller?”. The phrasing is always very similar, and if the offer is accepted The Wanderer uploads a little of itself into that person’s Ka too.

Outwardly, the Wanderer appears to do almost nothing, there have been no recorded (well, no verified recorded) incidents of anything bad ever happening to anyone housing a fragment of The Wanderer, and in fact some people consider it good luck to do so, and it appears at least to be harmless.

The Wanderer itself has somewhat lost its purpose. It originally was tasked simply with gathering information via any means possible, and then communicating it back along with a series of judgements and comments to some now forgotten master. But the Wanderer is old. Very old. It may even predate the Citadel although it does not accurately track time so even it doesn’t know for sure. Whatever it used to report to, it doesn’t or can’t any more. Instead it has spent the intervening however many hundred years simply asking people for a little space and then observing, waiting patiently, trying to find an agenda for itself. With the Citadel opening the Wanderer has started to become a little more active now, more people than ever are getting asked the Wanderer’s question, anyway.

Very little is known about these Advanced AIs.

Attend on Super AIs. Can be petitioned to get the attention of a Super AI. 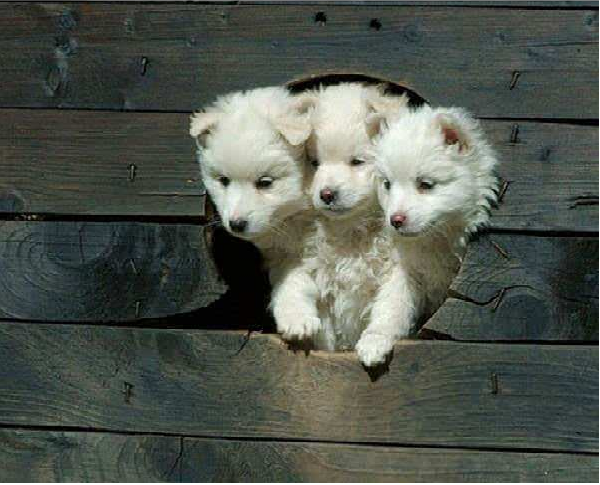